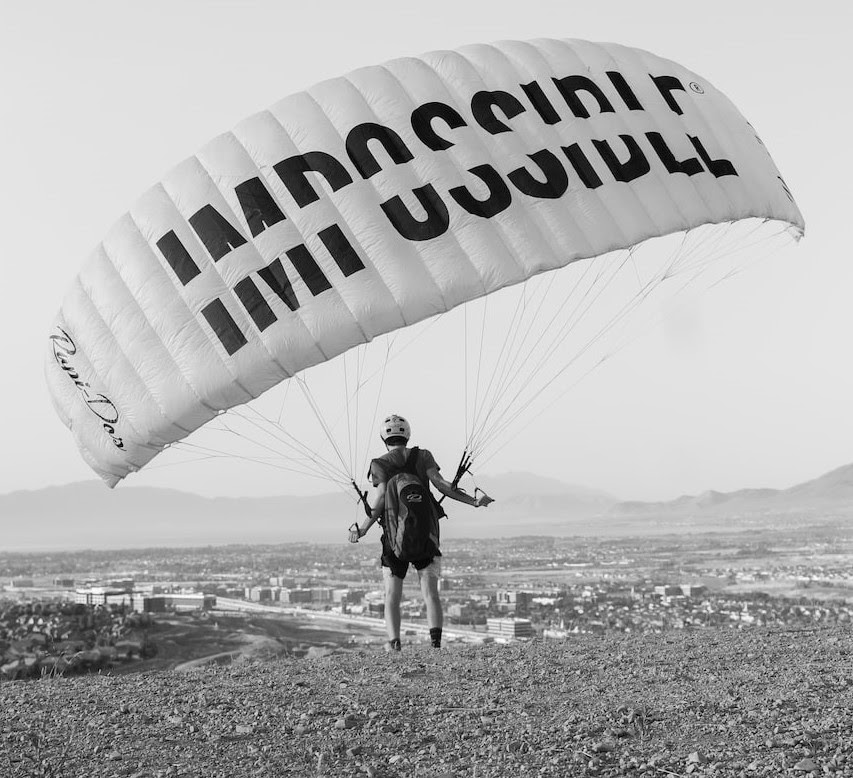 In 1899, the director of the U.S. Patent Office advised U.S. President William McKinley to close the office, saying that everything that can be invented has been invented.

Was he ever wrong! The list of people with “crazy ideas” who made the impossible possible is endless.

The four-minute mile is a given these days, but until recently it seemed to be an impossibility since the days of the ancient Greeks. They found the old records, how the Greeks tried to accomplish this. They had wild animals chase the runners, hoping that would make them run faster. Nothing worked.

So, the experts decided it was physiologically impossible for a human to run a mile in four minutes. Among their theories: Our bone structure is all wrong. Our wind resistance is too great. Humans have inadequate lung power. There were a million reasons – until one day when one person proved the doctors, the trainers and the athletes all wrong.

In 1954, Roger Bannister showed the world that it could be done. In the three years that followed, 15 runners broke the four-minute mile once they realized it was possible.

History is full of examples of things we once thought were impossible. Neil Armstrong shocked the world by becoming the first person to walk on the moon. Now we’re talking about people landing on Mars, and Richard Branson and Elon Musk are launching civilians into space.

Remember “The Jetsons” TV cartoon from the early ’60s? The futuristic family had video conference calls, like Zoom and Facebook provide for us now. Their robotic maid Rosie has morphed into the Roomba vacuums. We aren’t quite to Hovercraft-style transportation yet but with self-driving cars coming on the market, we can only guess what comes next.

How large was your first cellphone? Mine was the size of a brick, and I could only talk for 30 minutes before having to recharge it. And it was only good for making phone calls. Back in the ’80s no one could have imagined the capabilities of today’s smartphones.

“Nothing is impossible, the word itself says ‘I’m possible!’” said actress Audrey Hepburn.

The term “Pushing the Envelope” originated with experimental military aircraft testing back in the 1940s/1950s with the likes of test pilot Chuck Yaeger and astronaut John Glenn. Each aircraft they flew was said to have an “envelope” (metal skin) of performance. The job of test pilots was to “push the envelope” by making the plane go faster, farther and higher.

Being in the envelope manufacturing business, I love the term “pushing the envelope.” To me it means challenging boundaries and pushing yourself to maximize your advantage to be better, faster and smarter and to get the results you want, in business and in life. It makes the seemingly impossible more within your reach.

Look at some of the top inventions from the 20th century and think of how they changed the way we live and work – electrification, automobiles, airplanes, water supply, electronics, radio and television, agricultural mechanization, computers, telephones, interstate highways, imaging, health technologies, petrochemical technologies, lasers and fiber optics, nuclear technologies, high-performance materials and the Internet.

My good friend Lou Holtz, Hall-of-Fame college football coach, said: “Virtually nothing is impossible in this world if you just put your mind to it and maintain a positive attitude.”

More than 2,400 years ago, Alexander the Great opined, “There is nothing impossible to him who will try.” People continue to think bigger and bigger. I suspect that’s why there were more than 3.3 million patents in force in 2020 alone. And I’m quite certain there will be just as many more to come.

My college history major taught me to be in awe of the pioneers of society and how they defied the naysayers to turn the impossible into I’m possible.

Be Respectful Or Be Regretful